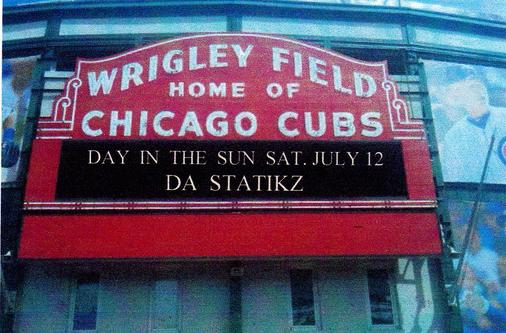 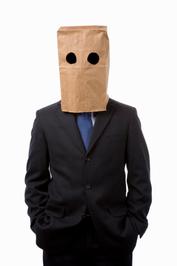 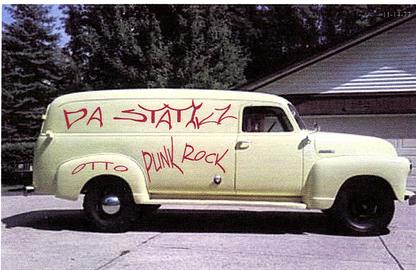 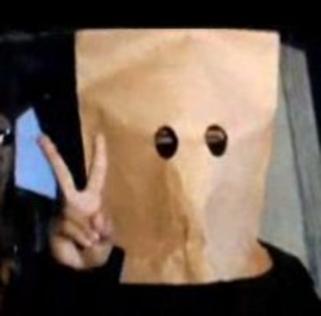 Da Statikz was a bag ,and hockey mask wearing, Punk Band.
At first thought to be from Chicago, Ill. but they actually hailed
from the East Bay of San Francisco. The members were actually from already working bands, Street Punks and Hard Rock legendary band, Y&T.

All the songs were written in the Y&T studio in Hayward, Ca. All 8 songs were composed in one night.  Leonard Haze said, "Give me a guitar", and he wrote the music and lyrics for  $20,000 Booger.  They also wrote "Peace and Flowers are dead"
which is now a cult classic.  It was the only one recorded..Other songs
included were: "Surfer Punk", ..."Child Abuse", ..."Don't Tell Me What To Wear"
They did not let anyone know who they were, and did 4 sold out shows at The Fab Mab in San Francisco, Ca.

Even the Fab Mab's owner, Dirk Dirksen, did not know who the people behind the masks and bags were!   Da Statikz had Dirk announce, before they came on stage, that no pictures would be allowed, due to the unbalanced brain
of the singer Warren Peace (Leonard Haze) It was something about the bright flashes, , that would certainly leave sheer terror in masses of people?

Warren would sing with his head in a toilet, where he had chocolate pudding, waiting inside for him, when he would come out,  it would be  all over his face.

There was a hippie who would stand in front, of the stage, with a handful of flowers
which Warren would grab, and beat the hippie with them!!  During Peace and Flowers are dead.   Otto Madik (Don Lamb) had his mom and dad there, also with bags on their heads!   Warren wrote Child Abuse about them...and Otto
"Kicked His Ass.....But It Was No Use"....

Da Statikz claimed to write every song ever written, and everyone ripped them off...D.D. Minor (Rick Clare) was wrapped up lile a
mummy, and had to be carried on...his arms were free to play the
guitar. Mel Function (Joey Alves) would keep bumping him back
against the wall, so he would not fall.

There were reporters waiting for them after the show, and they would
yell down the stairs, "We talk to no one"..Even a production company
had a contract for them, including a day at Wrigley Field, in Chicago!
Yesterday and Today (Leonard and Joey) had recently signed with
London Records and headed to Japan. Street Punks (Don and Rick)
headed south for some shows...Thus, the disbanding of Da Statikz....