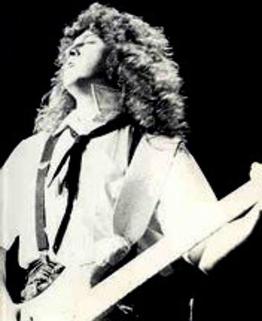 Before his teen years, Don and his brother Mike, who were too young, for a paper route, they had the idea to shine shoes, in San Francisco on Market St. & Powell..Union Square, and jump on the cable car to Broadway, where you could get 50 cents to a dollar a shine. While shining shoes, in Union Square, there was a band playing there outdoors. This is when Don, decided to be a musician.

In 1962 the family moved, from S.F. to Oakland. Don was in Jr. High, and went to a school, where there were only 8 white people there. Several fights later, the respect was there, and was left alone. Could be the beginning of the Street Punk attitude? Their Mom baked pies, and traded clothes, with the local families. She was well liked, no matter who you were. The family had ancestors, who worked on the Underground Railroad So the family was brought up, as all humans should be treated the same, with respect. It worked.  The first live  musical show, Don and Mike went to was at The Irwin Taylor Memorial Hall in Oakland, was "James Brown". Standing at the front of the stage, James looked down between songs, and mentioned..We have brothers of all colors, here tonite!

So, in 1964, the family moved to San Leandro, where Rock n' Roll was plentiful with bands. They both saved enough to buy Don's first bass guitar and amp. His brother Mike was a dedicated brother, and very close to his older brother.

In 1965 and 1966 was the first bands Don was in. Bands like:
Captain Crunch and The Seadogs..Psychadellic Mirage..and
The Rhythm Raiders. Lot of garage bands, making a start back then, with venues like: The San Leandro "Battle of The Bands" which had local bands lined up and down, the main street of "East 14th St." for 12-15 blocks. In one of those battles, Dick Clark of American Bandstand, was the judge, riding from band to band, in a convertible. The Rhythm Raiders took Second place that year. First time in a battle with 18 other bands. Another venue was The Rollerena in San Leandro, was booking bands, locally and from overseas. Don's band got to open for "Them" from England, and also The Wailers.

The family once again moved, to Hayward, Ca. and Don entered the Navy in 68' he went to Vietnam. It didn't
stop the music. On the few leaves, he would go to Japan,
Hong Kong, and The Phllipnes, and would frequent the
nite clubs with bands, and sit in with them. They liked
American Rock.

In 1973 Don started a new band from Hayward, Ca.
called "Cornerstone". The original lineup was: Brian Humes
on Guitar, Rick Gonzales on Drums and Vocals..and Don Lamb
on Bass and Vocals. Playing copy songs, and a few original rock songs, they drew crowds to Parks, Nite clubs, Schools, and large halls they had a nice following.

In 1976 Brian dropped out and Tony Lourenco, also from Fremont Ca. was the other guitar player. Dropping the Cornerstone from their name in Sept. of 76' they became"Street Punks" and started writing tunes, that Don branded as: New Wave Rock"
In early 77' they started making the rounds, at some of the
new punk clubs sprouting up, including The Mabuhay Gardens (The Fab Mab) in S.F.

Also, in late 77', Don filled in for Bass with Leila and The Snakes, after that band lost their Bass player, Pam. They played, The Old Waldorf with Blondie,  Leila played her first song without a bass player, but there was a Bass Guitar on stage. Before the second song Leila said it was not the same without a Bass, and asked if anyone in the audience could play Bass? Don stood up and went on stage, and said he could play. He walked over to the drummer and asked if his drums were a bass? The drummer pointed to the Bass and Don looked startled and said: Are you sure? The crowd roared. He picked up the Bass and played the next song. All this was on the spot. Leila did not know Don would play it up with her zany act. He also did The Hookers Ball at the S.F. Auditorium, where over 6,000 people were there.

Street Punks disbanded in late 78', and each member went on with other bands. Don played with: "The Kleptos" and "Dorian and The Demons in 79' and early 1980.

Don moved to Las Vegas in 1980 and started working in the casinos. In 1985 he met up with 2 musicians looking to start a band. After doing a few shows with Paul Revere, they started their own band called "Nitro", and they moved to San Francisco. 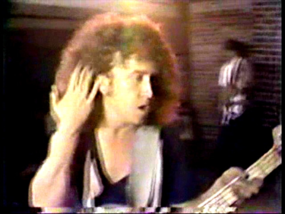 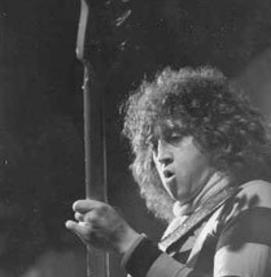 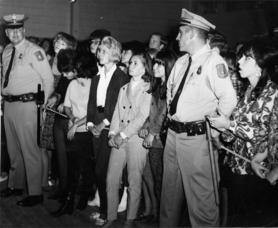 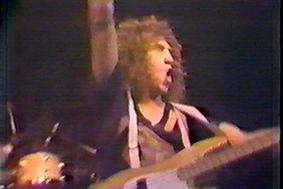 with The Rhythm Raiders 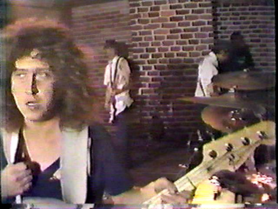