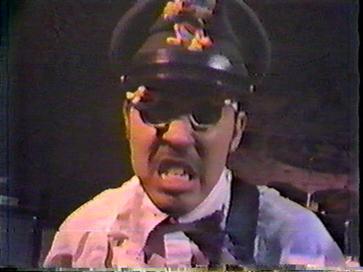 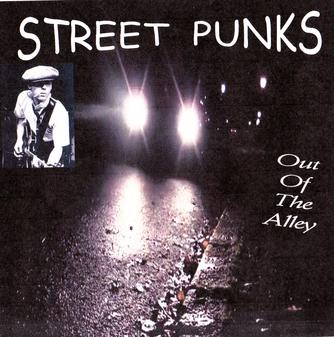 My Fake Dad is A 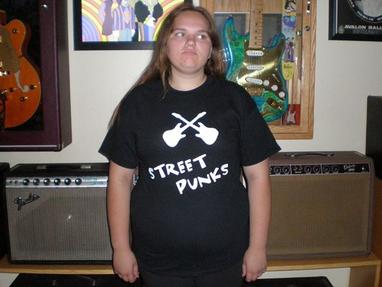 Song written and Vocals by Tony Lourenco. This is when the band still played Rock. Cornerstone Street Punks

Witten and Vocals by Tony Lourenco

When I was a young boy I watched the Beatles on the Ed Sullivan Show and I thought WOW! This would be so cool to do but thought that it was way beyond me. In about 1969 my mother and I were in a variety store and they had a guitar there. I was able to touch it and figured out that to make a note your finger does not go on top of the bar fret, it goes between the bar fret. I was amazed and very excited and showed my mother that I was able to make a note on the guitar and asked for one.

Several weeks later to my surprise she bought me that guitar. In 1970 when I turned 14 years old, a lot of things were happening in my life. That’s when I decided that I should really learn to play guitar and be serious with it. In 1971 I met my best friend and brother Mike Tringali who by then knew how to play guitar very well and had a really good ear. I was under his tutelage throughout my young teenage life and we played music together for many many years after. When we started our first band called “Primer Gray”, we played junior high school dances, many get-togethers and house parties. Then in high school we met other people and formed another band called “T.C.LED”. That band lasted several years and we took first place on two Battle Of The Bands - one in Livermore, CA and the other in Hayward, CA.

After winning the Battle Of The Bands in Hayward, I believe in 1975 we split up the band and I played around with different people and then joined “Cornerstone Street Punks” in 1976. I played in that band for several years and during the time that I was in the “Street Punks” Mike, Kenny and I had a wedding-bar band called “Tony SinSinatty Band”.

So during my course of playing with the Street Punks, I was also playing in other bands as I was just not getting enough guitar playing - I wanted to do it every day and night. After the “Street Punks” ran its course and dismantled, I was in another band called “Bomb Squad” for a short time and played around with other people. I joined the “Buddy Holly Tribute Band” and we played many places and were booked in casinos, hotels and many clubs in California and Nevada. After that I played around with other bands. I played reggae music with the “Spliff Tones” (which I still do today). Also we always had the “Tony SinSinatty Band” doing parties, weddings and bars to just get out and play and have fun. We did covers and also we used that band to do all our original songs we would write and record.

I also played country music for a while. Then I stopped playing in bands altogether for several years. After that, I joined another band called “Tripster Louie” which was all covers. We played big parties and mostly bars. We played many many gigs with that band - about 300 in one year. After the “Tripster Louie Band”, I started to play Rock-A-Billy.

I formed a band called “Denny and the Magnets.” We played Rock-A-Billy for a couple of years and had a lot of fun playing in Memphis in front of Elvis’s mansion called Graceland for a local TV station. I’m still playing today. I play everyday and do about 5-6 gigs a year. 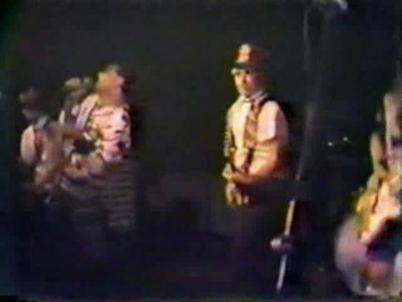